VISIONS is our award-winning publication that presents information on planning and development issues impacting the quality of life in the community of McLean County. 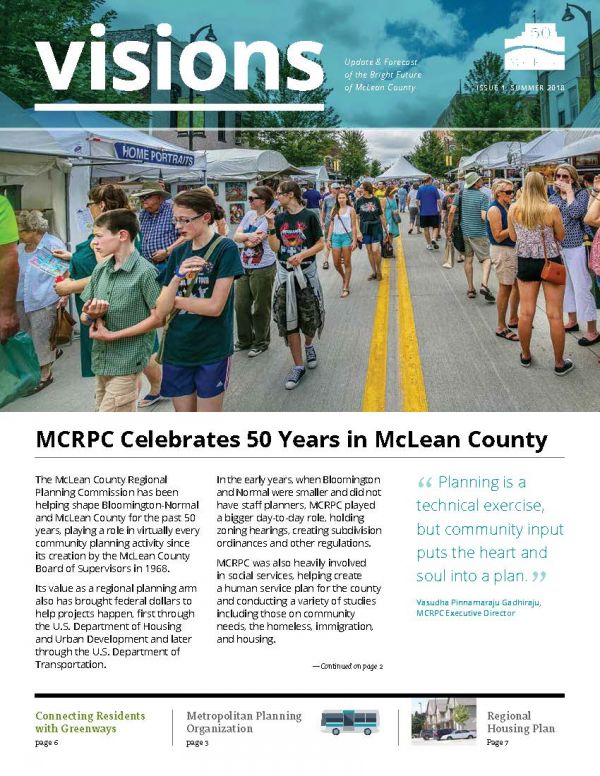 The McLean County Regional Planning Commission has been helping shape Bloomington-Normal and McLean County for the past 50 years, playing a role in virtually every community planning activity since its creation by the McLean County Board of Supervisors in 1968.
Learn More 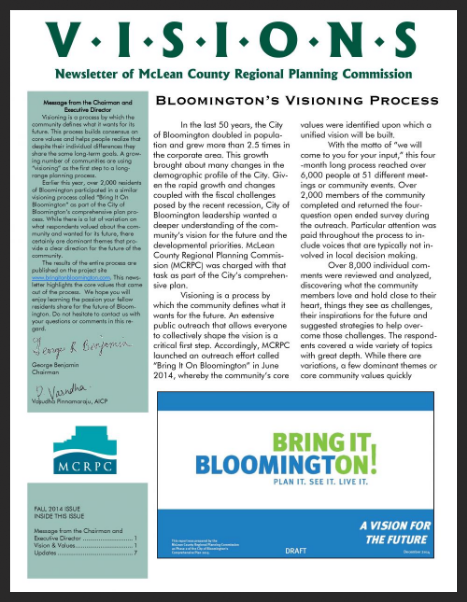 In the last 50 years, the City of Bloomington doubled in population and grew more than 2.5 times in the corporate area. This growth brought about many changes in the demographic profile of the City. Given the rapid growth and changes coupled with the fiscal challenges posed by the recent recession, City of Bloomington leadership wanted a deeper understanding of the community’s vision for the future and the developmental priorities. McLean County Regional Planning Commission (MCRPC) was charged with that task as part of the City’s comprehensive plan.
Learn More 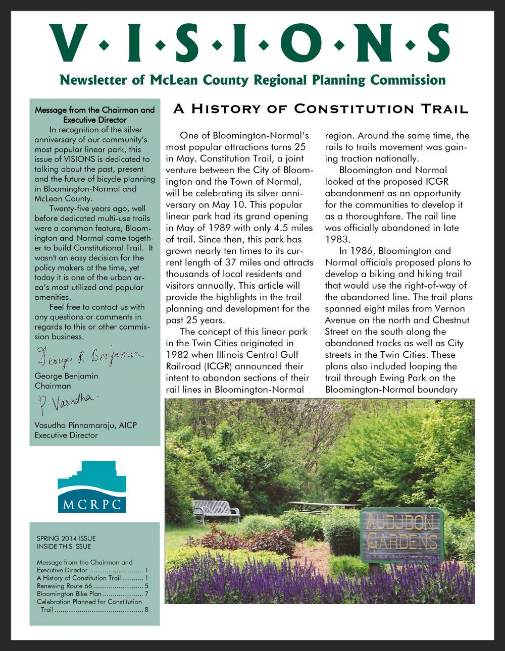 A History of Constitution Trail

One of Bloomington-Normal’s most popular attractions turns 25 in May. Constitution Trail, a joint venture between the City of Bloomington and the Town of Normal, will be celebrating its silver anniversary on May 10. This popular linear park had its grand opening in May of 1989 with only 4.5 miles of trail. Since then, this park has grown nearly ten times to its current length of 37 miles and attracts thousands of local residents and visitors annually. This article will provide the highlights in the trail planning and development for the past 25 years.
Learn More 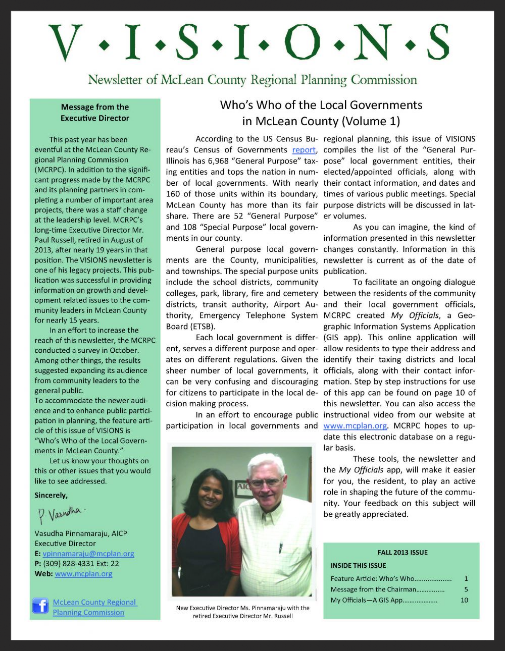 Who's Who of the Local Governments in McLean County 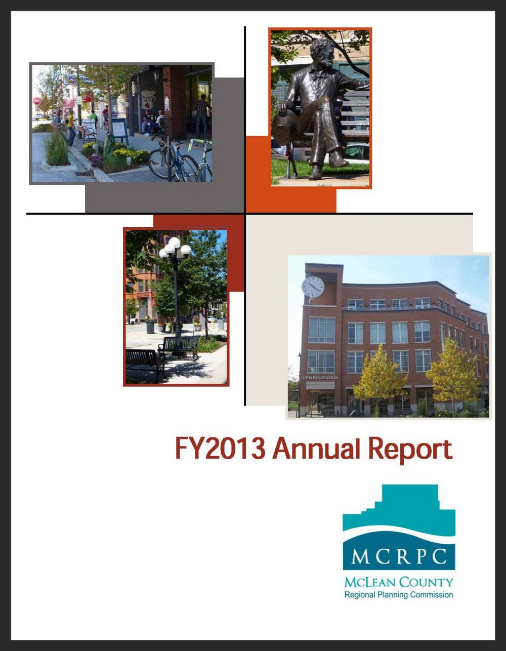 Keep up with the latest news & events and get updates in your inbox!